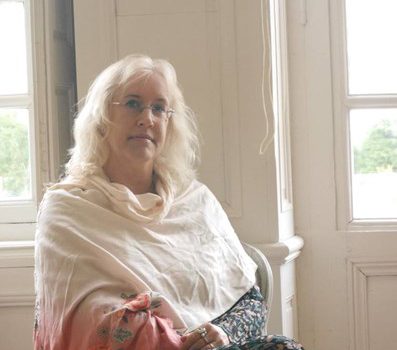 The University Centre’s Anita Collins, shows us that her talents don’t just lie in teaching. Outside of her duties in the classroom, Anita has been busy recording an album and playing gigs across Leeds. Here, she tells us about her music and the inspiration behind it..

“I’ve been singing and playing various musical instruments since I was a child. I started learning to play the piano when I was five or six and then the cello when I was 10.

“I taught myself to play guitar in my teens and I’ve recently bought a piano accordion, which I’m learning to play and loving! I’ve been writing songs since I was in a band in my 20s; one of the songs on this album ‘How do I love you?’ is a song from that period, written for the band I was in at that time. The other songs have been written in the last five years or so, when it felt like the right time to record them.

“Most of these songs are personal and are inspired by or are about family and friends. ‘The Barrel Organ’ has a chorus from a poem my father used to recite to me as a child, and the whole song is about my father and his background and childhood. ‘Surfacing’ began as a song about some friends who were splitting up and ended up being about surviving serious illness after my husband was diagnosed with cancer (he has now fully recovered).

“I’ve been an English teacher much of my life and you can see that thread running through the album. The first song ‘ A Morning Prayer’ is a poem by Emily Dickinson, who was a poet in America in the 19th century. She wrote short poems almost every day of her adult life, so I just set one of them I liked to music. ‘The Barrel Organ’ has a fragment of an early 20th century poem of that name as the chorus, and ‘How do I love you?’ was inspired by the Elizabeth Barrett Browning poem.

“I grew up listening to and loving artists like Kate Bush and Joni Mitchell, and I think you can hear those influences in the melodies and arrangements of songs like ‘Flow’ and ‘This Time’ . More recently, I’ve got into more traditional folk music, which you can hear on tracks like ‘A Morning Prayer’ and ‘Everything you Are’. I also love Tori Amos, and Americana artists like Sarah Jarosz and Aoife O’Donovan, so you can probably hear those influences on tracks like ‘Black Dog’ and the ‘West Coast’ version of ‘How do I love you?’.

Anita’s CD is now available via Bandcamp. She will be playing her music in and around Leeds over the coming months, with songs from her new album.