Former student plans to train a billion swimmers through academy 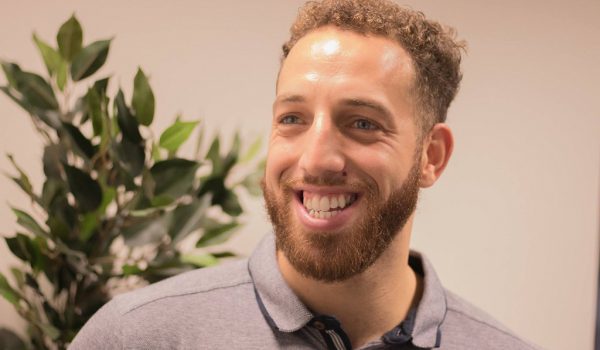 Many people struggle with choosing between their passion and earning a living but in Nathaniel Birkett’s case, he chose passion and turned it into something profitable.

With several sports qualifications under his belt, including NVQs in Football Coaching and Sport and Fitness, he went on to achieve his National Pool Lifeguard Qualification (NPLQ), which led to his first job with Leeds City Council as a lifeguard.

“I have always been passionate about sport, so naturally it was my first choice when it came to picking a career path.

“I attained a National Diploma in Sports Performance and Excellence and then went on to achieve the Foundation Degree in Sports Coaching and subsequently, got my degree.”

Nathaniel, who studied at the former Horsforth Campus, said he enjoyed the National Diploma because at the time, he wanted to be a PE teacher and had hopes of doing a postgraduate certificate in education (PGCE). However, his journey was not as straight-forward as it seems.

“After l completed my first two courses in sport, my dad and granddad told me to pursue a career in construction because they both have a background in that industry and they said there were a number of routes I could pursue, such as being an architect or a civil engineer.”

“I got interviews for both the National Diploma in sport, as well as construction and coincidentally, I got accepted on to both courses.

“I was at a crossroads and I had to decide whether I was going to live the rest of my life doing what my parents wanted me to do or doing what I wanted to do.

“Ultimately, after attending the interview at Leeds College of Building and talking to the tutor who interviewed me, it was clear that sport was where my heart was and where I would thrive,” he added.

Nathaniel said his experience at college really opened his eyes to the possibilities of a career in sport and that the opportunities he got, afforded him the chance to gain work experience abroad.

“The tutors were fantastic and supportive throughout. More importantly, the college offered students the opportunity to gain practical work experience. As a result, I got the chance to do the Da Vinci programme, which led to me going to work in Austria for a month in a ski shop.”

“It was a truly fantastic adventure because I learned how to ski and it was the first time I travelled abroad independently, so it was eye-opening and memorable.”

Nathaniel played football at college level and said he would have loved to pursue football professionally but that his journey didn’t lead him to realising that dream, which he says he doesn’t regret.

“It is every child’s dream to play professional football but I didn’t get a chance. Having said that, I had the opportunity to play for the football academy at college. We played at a really high level. We were in the top division and got to compete with some top colleges, so that was something.”

Starting his own company

In 2016, Nathaniel started his own business, Swim Specialist, an academy that teaches both children and adults how to swim. However, before pursuing this, he lived in both America and Spain where he coached football and became a swimming instructor for travel agency, TUI.

“I lived in New Jersey in the States for six to nine months, where I coached football but it wasn’t what I expected it to be and, while I learnt quite a lot, I didn’t see where it would lead me in the future.”

“I felt that my work experience abroad was a bit short lived so I had a look around and applied for jobs in Dubai and Australia. I then came across a job role with TUI, who were looking for football coaches and swimming instructors in their holiday villages. I got the job and I relocated to Majorca as a swimming instructor.”

With seven pools and up to 1,700 guests, his job with TUI was to speak with holiday-goers and get them to participate in his swimming lessons. He also took on other responsibilities that included accounting and bookkeeping and what it was like to run, essentially, his own swimming academy.

“I didn’t pursue coaching football in Majorca, as I felt I had attained the necessary work experience in that area, whereas swimming was a different ball game and I used what I had learnt as a football coach, such as planning sessions and applied it to the swimming lessons, where I created themes, games and challenges.

“This enabled me to come up with my own unique way of doing things and allowed me to create an extensive portfolio. I also got the chance to be a team leader in the two years I was with TUI and managed three football coaches and some swimming instructors.” 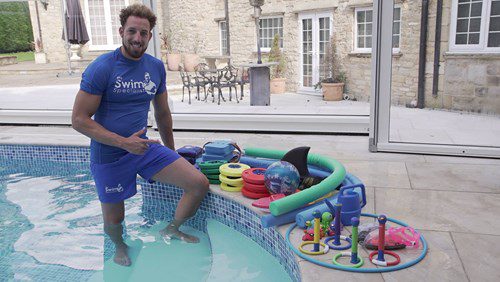 After two seasons with TUI, he came back to Leeds and decided that he wanted to open his own swimming academy.

“I did not have the capital but I had a dream and was determined to make it a reality. I moved in with my mum for a while, worked for an independent swimming school and worked towards setting up my own.”

It took him nine months but he finally found a swimming academy in Wakefield that gave him a two hour slot each week.

“I started with three kids and was a little bit doubtful about the decision I had made but soon after the lessons started, I got regular bookings.

“I remember making £1,000 in one day and this was a turning point for me because it was then that I felt that I was onto something.”

Nathaniel started to grow the team and the pool hours and also started getting referrals. He now teaches over 500 kids weekly.

“We went from having one pool for two hours, to four pools with 100 hours.

“We have 560 kids that we teach weekly, 14 teachers who are now in my employ and I have just taken on a further four, which means I can now step away from training and manage the business more effectively.”

Nathaniel, whose role is varied, says he is developing policies and procedures to help his business and team grow.

“I think what I like most about owning my own business is the freedom to do my own thing and not have to answer to anyone but myself, although accountability is important.

“Yes, it has its challenges, but it’s worth it. I have that flexibility now which I did not have previously.”

In March 2018, Swim Specialist started a YouTube campaign and Nathaniel’s channel now has over 1,000 subscribers and some videos have over 100,000 views.

“My vision or mission is to train 700 swimmers this year and the long term goal is to teach 1 million people how to swim through online marketing, particularly video by 2025.”

His team are currently developing swimming guides for children, adults and teachers, and hopes to have the adult version ready by the end of the year.

“I want to be able to produce online courses in the future and now we are developing four different swim guides and these include a parent guide, adult guide, a teacher’s swim guide and a children’s guide.