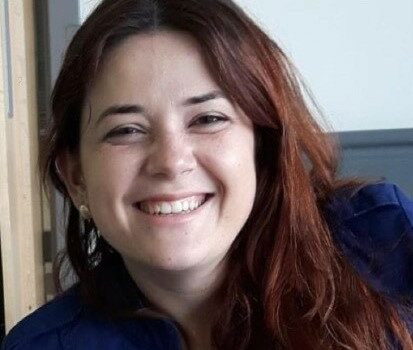 A University Centre Leeds student has picked up lots of ideas for her existing and future businesses from a GenIE (Generation of Innovators and Entrepreneurs) bootcamp.

Patricia Veigas Teixeira Gibin, who is working towards a BA (Hons) Business, Enterprise and Management Top-up degree, attended the five day event at the start of April.

The bootcamp, hosted at the University of Leeds’ innovation hub, Nexus, gave 20 ambitious young people a chance to pick up information on how to turn their business ideas into reality, innovate and network.

Patricia and her fellow attendees also got a chance to work together to create a hypothetical business during the week. They then pitched their ideas to representatives from some major local employers including the NHS, Leeds City Council, and Leeds City College.

A valuable opportunity to make connections

Patricia, who runs her own management company and is hoping to open a second, bed-and-breakfast business, said: “The networking opportunity this provided was the best thing for me, and I can see what I learnt at the bootcamp helping me with my future plans, and enhancing my CV.

“Each day at GenIE someone introduced their company and discussed innovation and wellbeing in the workplace. They discussed how they started out, how they developed and progressed, how they have achieved success, and the benefits of networking.

“This was really good for me as I could see exactly what a business model canvas is for, and why it is needed.

“We also worked in groups to create a business which we worked on for the full week, then on the final day we presented the idea, and business model, to industry representatives.”

Patricia applied for the bootcamp after hearing a presentation about it during the University Centre’s Women in Leadership programme earlier this year.

While on the bootcamp she met a valuable contact who lectures on a Masters programme, in Falmouth, which supports entrepreneurs through developing and launching their businesses. Patricia, who is Brazilian and moved to England when she was 18, hopes to achieve the required grades in her degree to successfully secure a place on this course.

She had decided to return to education after a challenging period which included giving birth to her first child, marital breakdown and seeing her business negatively affected by the pandemic.

Lots of support with a timetable that works for me

Referring to her University Centre Leeds course, she said: “It was the best thing. I still have my business now, which is growing again, but I wanted to do a degree and get it for myself.

“I had not been in education for many years, the last time was in 2016 but that was only for three months.

“So I found the first year of my degree hard because of that. I have a business and I’m studying business, but in terms of the academic side I didn’t know anything and had to learn everything again. But I have managed it and I’m doing well.

“I think University Centre Leeds was the only place I applied to because the course was going to be more manageable and better for me. It’s only two days per week, so it’s better for me as a mature student with a baby, and I like that the class is smaller so you can go deeper into discussions.

“I also feel like we have a lot of support, which we might not have had at other places.”